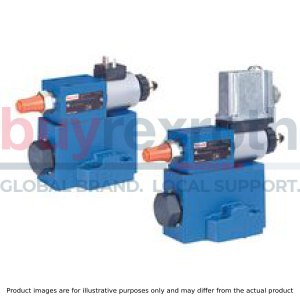 These valves basically consist of a pilot control valve (1) with proportional solenoid (2), a main valve (3) with main spool insert (4), as well as an optional check valve (5). On the proportional solenoid, there is moreover a housing (23) with the control electronics. Supply and command value voltage are applied at the connector (24). At the factory, the command value pressure characteristic curve is adjusted with little manufacturing tolerance.

The pressure in channel A is set in a command value-dependent form via the proportional solenoid (2).

In rest position – no pressure in channel B –, the spring (17) holds the main spool (4) in its initial position. The connection from channel B to A is closed. A start-up jump is thereby prevented.

The pressure in channel A acts on the surface (7) of the main spool via the bore (6). The pilot oil is taken from channel B and flows through the bore (8) to the constant-current control (9) that keeps the pilot flow constant independent of the pressure drop between channel A and B. From

If in a standing hydraulic fluid column (e. g. cylinder piston at stop), the pressure in A is to be reduced, (e. g.) a lower command value is preset at the control electronics and in this way a lower pressure is preselected which is present immediately in the spring chamber (10). The higher pressure in A which acts on the surface (7) of the main spool pushes the main spool to the stop against the plug screw (18). The connection A to B is blocked and A to Y is open. The force of the spring (17) now counteracts the hydraulic force acting on the surface (7) of the main spool. In this main spool position, the hydraulic fluid can flow from channel A via the control edge (19) to Y into the return flow.

When the pressure in A has dropped to the pressure in the spring chamber (10) plus ∆p from spring (17), the main spool closes the large control bores in the socket at the control edge A to Y.

The residual pressure differential of approx. 10 bar to the new command value pressure in A is now only unloaded via the fine control bore (21). In this way, a favorable transient response without pressure undershoot is achieved. For the free flow back from channel A to B, a check valve (5) can optionally be installed. Part of this flow from channel A simultaneously flows into the return flow via the open control edge (19) of the main spool A to Y.

For applications outside these parameters, please consult us!

Pressure in port A dependent on the command value (flow = 0.8 l/min)

Pressure differential from A to B via the check valve

Pressure differential from B to A

Pressure in channel A dependent on the command value

The dimensions are nominal dimensions which are subject to tolerances.

Mating connectors for valves with round connector, 6-pole + PE

Mating connectors for valves with round connector, 6-pole + PE 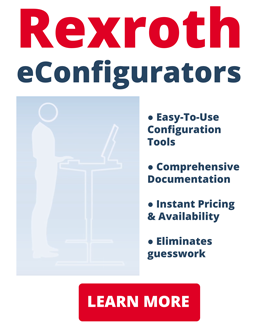